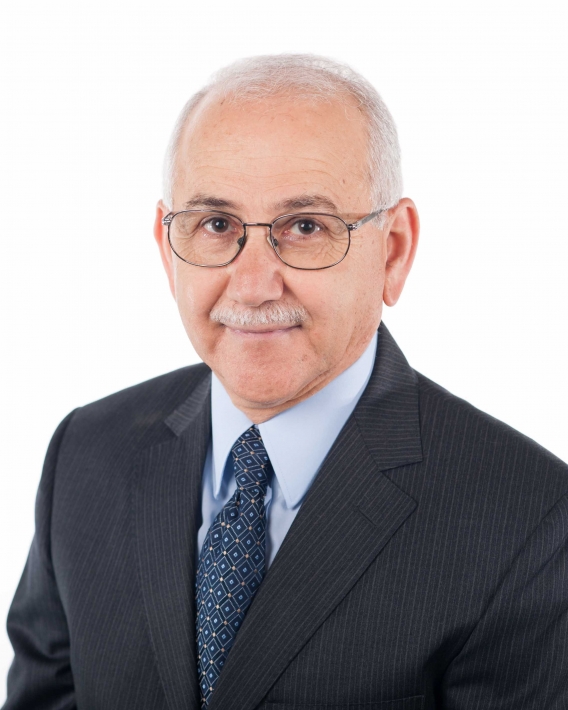 A.P. "Sakis" Meliopoulos, Ph.D., is the Georgia Power Distinguished Professor in the School of Electrical & Computer Engineering at Georgia Tech and serves as Associate Director of Cyber-Physical Systems for the Institute for Information Security & Privacy. Meliopoulos helped the development of the power program at Georgia Tech by contributing to the modernization of existing courses, introducing new courses, initiating research activities, and developing continuing education programs and the Power System Certificate program.

Meliopoulos is the co-inventor, with George Cokkinides, of the Smart Ground Multimeter and the Macrodyne PMU-based Harmonic Measurement System for transmission networks. In his most recent research activities, he has introduced new approaches for modeling large scale power grids based on quadratization and the utilization of this approach to a variety of protection and control of the future power system integrated with distributed generation, renewable energy sources, and power electronic subsystems and interfaces. He has introduced the concept of the SuperCalibrator, a new approach that enables fully distributed state estimation and root cause disturbance analysis. This technology is expected to make a huge impact on the way we presently monitor and control the power grid. Presently, Meliopoulos leads four field demonstration projects on four different utilities: USVI-WAPA, NYPA, Southern Company, and PG&E. He has applied the quadratized approach for high fidelity analysis, stability and control of integrated systems consisting of the power grid, and power electronics interfaced distributed generation and renewables (the μGRID model). He is leading an EPRI-sponsored effort to develop "settingless" protection methods utilizing recent technologies of merging units and GPS-synchronized measurements. He has developed a state-of-the-art synchrophasor laboratory with multiple capabilities: (a) characterization of PMUs, (b) testing of PDCs, (c) autonomous monitoring and control using GPS-synchronized measurements, and (d) testing of protective functions that require GPS synchronization.

Meliopoulos holds three patents, published three books, and published over 270 technical papers. For his research achievements, he was elected Fellow of the IEEE in 1993. In addition, he has received the IEEE-IAS Society Field Award in 2005 (IEEE-IAS Richard Kaufman Award), and the 2010 George Montefiore Institute Award (Belgium). He was named the Georgia Power Distinguished Professor in 2006. He serves as the site director for the NSF I/URC PSERC, he is the academic administrator of the Power System Certificate program, and the chairman of the Georgia Tech Protective Relaying Conference and the Fault and Disturbance Analysis Conference.