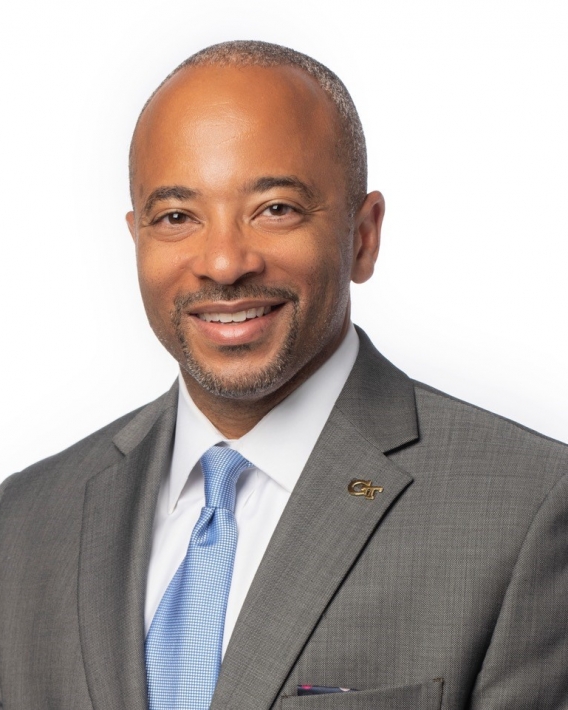 Raheem Beyah, a native of Atlanta, GA, serves as Georgia Tech's Dean of the College of Engineering and Southern Company Chair. Before this role, Dr. Beyah served as Vice President for Interdisciplinary Research, Executive Director of the Online Masters of Cybersecurity program (OMS Cybersecurity), and the Interim Steve W. Chaddick Chair of the School of Electrical and Computer Engineering. He is a professor in the School of ECE, where he leads the Communications Assurance and Performance Group (CAP) and is affiliated with the Institute for Information Security & Privacy (IISP). Dr. Beyah is also Co-Founder of Fortiphyd Logic, Inc., an industrial cybersecurity company.

Prior to returning to Georgia Tech, Dr. Beyah was an Assistant Professor in the Department of Computer Science at Georgia State University, a research faculty member with the Georgia Tech CSC, and a consultant in Andersen Consulting's (now Accenture) Network Solutions Group.

He received his Bachelor of Science in Electrical Engineering from North Carolina A&T State University in 1998. He received his Masters and Ph.D. in Electrical and Computer Engineering from Georgia Tech in 1999 and 2003, respectively. Dr. Beyah has served as a Guest Editor for MONET, IEEE Network Magazine, IEEE Communications Magazine and as an Associate Editor of several journals in the field.

His research interests include Network security and monitoring, Cyber-physical Systems Security, Network traffic characterization and performance, and Critical infrastructure security. He received the National Science Foundation CAREER award in 2009 and was selected for DARPA's Computer Science Study Panel in 2010. He is a member of AAAS, ASEE, a lifetime member of NSBE, a senior member of IEEE, and an ACM Distinguished Scientist.