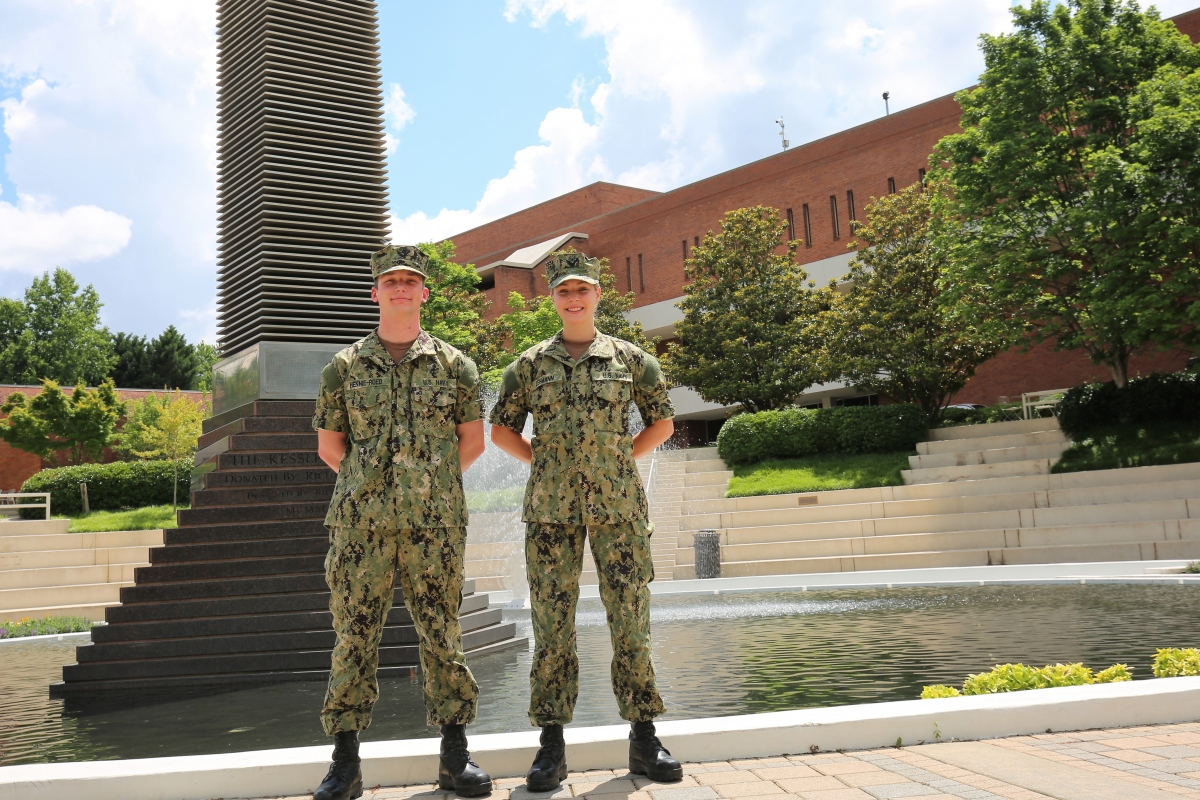 Cybersecurity has become one of the most serious economic and national security challenges that the United States faces today, and for the U.S. Department of Defense (DoD), this means a greater focus on attracting top cyber talent who can defend the nation against the threat of cyberwarfare.

The Georgia Institute of Technology (Georgia Tech) and other universities across the nation are taking part in a program that enables Reserve Officer Training Corps (ROTC) cadets and midshipmen to become cybersecurity experts. Called Cyber Spectrum Collaborative Research Environment (C-SCoRE), the program helps cadets develop operational skills that will be instrumental in combating cyber and electronic warfare in the interest of national security.

The original vision for the program came from Bill Melvin, director of the Sensors and Intelligent Systems Division at the Georgia Tech Research Institute (GTRI) and adjunct professor in the School of Electrical & Computer Engineering (ECE). Melvin also is a former Air Force officer and ROTC cadet himself.

Georgia Tech received joint funding from the Air Force and Navy this year to hire ROTC students into the C-SCoRE program. Vincent Mooney, associate professor in ECE, leads one of the teams which is focusing on Bluetooth and near-field communication threats, secure boot for microprocessors, and vulnerabilities in power grid electronics and their effect on security.

“It’s critically important for cadets to learn these cyber skills,” said Mooney. “The military wants to learn from the Internet of Things – for strategic benefits like improved communication – but existing security weaknesses can leave the nation open to being manipulated by our adversaries.”

Mooney goes on to explain that when students participate in the C-SCoRE program, they gain the operational skills and perspective on how to defend against cyberattacks. Even learning the basics – such as authentication, encryption, and technology for true random number generation – can help protect systems from being hacked.

“It’s been really interesting for me to go into this field of study that’s going to have such an impact on my life in the fleet,” said Belle Lehmann, Navy cadet and an industrial and systems engineering major at Georgia Tech. “Cybersecurity is going to be really important in the future. C-SCoRE has broadened my horizons and my understanding of so many things.”

Chris Smith, a principal research engineer at GTRI, is one of the project directors of the C-SCoRE program. He agrees that there is a real need for cybersecurity officers who are knowledgeable and trained in cyberwarfare.

“Often, cadets graduate from ROTC without having any operational experience,” said Smith. “The hands-on, experiential learning from C-SCoRE ensures they are savvier about cyber and electronic warfare upon graduation.”

C-SCoRE meets a critical need for the Armed Services, as they consider how to restructure the departments around hiring cybersecurity talent. Various organizations in the DoD and federal government are very interested in hiring students with C-SCoRE experience. And students are coming out of the program much more well-rounded and ready to address today’s modern challenges.

For more information about how to participate in the C-SCoRE Program at Georgia Tech, contact the School of Electrical & Computer Engineering: Vincent Mooney, associate professor, and Julie Ridings, assistant director for the Opportunity Research Scholars (ORS) Program, for more information.

This article originally appeared on the College of Engineering website.